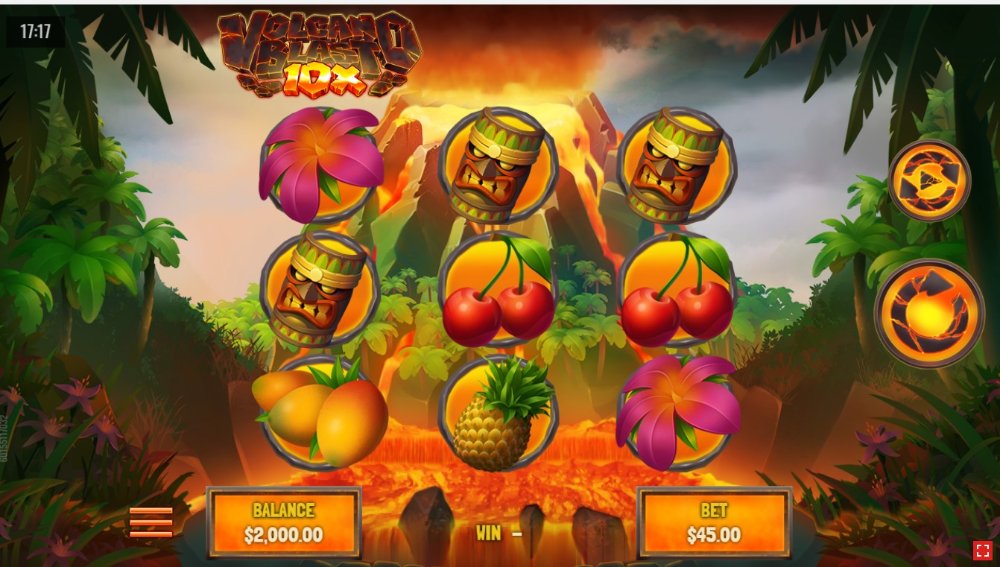 This slot title is for adventurous wanderers. With nothing but a backpack and the mindset of hidden winnings, the Rival Gaming team has set players off into the thick brush in search of the volcano.

The slot has a jackpot of 334x the stake, which is not the highest out there. The Magma Wilds make it worth it though.

Volcano Blast 10x is a low-variance slot with impressive graphics. The game and the reels work around the Wild symbols, and the low volatility ensures plenty of winning spins.

The slot machine online does not have a progressive jackpot. The features and volcanic theme make this slot worth the time and experience.

The online slot is also great for novice players who may still be figuring out their niche slot while playing with lower bets. 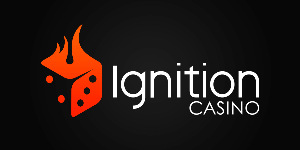 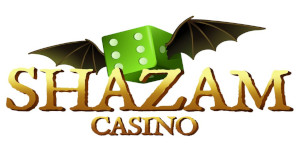 Set in the tropical jungle, there is a volcanic eruption that smokes and roars in the distance. Needless to say, the graphics make this an explosive adventure not to mention the pin-dropping audio.

Although this Rival Gaming slot title may not be for the high rollers, it does hold some surprises.

The simplistic mechanics and the low max bet could be a deal-breaker but they are not. In fact, it’s the Magma Wilds feature that will draw players like bees to honey.

Which is higher than the hit rate on Sleighin’ It by Betsoft, which is being released in November 2022.

Americans can play the slots with real cash at the most legit online casinos in the USA.

The reels are set within the rumbling jungle, and amongst these roars are that of the Volcano.

The symbols for this slot are a variety of tropical symbols such as the tropical flower, sweet pineapple, cherries, tribal tiki masks, and mangoes.

Landing three of these symbols on the reels will win the players a cash drop, but the most mysterious and sought-after symbol is the 10x Wild. The wild can also substitute the symbols when it forms a winning combination.

Players who first stumble across Volcano Blast 10x are usually skeptical due to the low variance.

The max bet of $45 may not be the highest, but with a max win of 334x their stake, this could still payout an impressive sum.

The Volcano Blast 10x slot follows a more graphically appealing outlay, and the Rival team has kept the Mechanics simplistic, which is perfect for novice players.

The titles only offer a single special bonus. The bonus is the Magma Wilds.

The 10x Wild will randomly appear on the reels, and the payout for this will be around 10x the player’s bet.

Now, this depends on the symbols that are alongside it on the reels. However, when two of the 10x Wild symbols appear they pay 100x.

Better still, when three of the 10x Magma Wilds appear you’ll win the jackpot of 334x your stake.

Set within the Polynesian landscape, Rival Gaming has created quite a rare mix within this slot game.

While players may enjoy the low volatility of Volcano Blast 10x, the small jackpot of 334x is not very appealing.

This makes the slot hard to place. The Magma Wilds is an interesting feature along with a straightforward mechanic.

The max bet of $45 is perhaps not the biggest for high rollers, and the RTP errs on the low side. We can almost assure you that you’ll land a big win within 50 spins.

Players should always be aware of the importance of RTP and the many factors which should be considered with a low and high RTP.

If you enjoyed the rumblings of Volcano Blast 10x then you’ll love Rags to Witches. It’s Betsft’s first progressive jackpot slots with a Mega jackpot of $120,000.

The other jackpot players can win in the free spins is 7,083x the stake. Once you launch the free spins the starting multiplier can be 1x, 2x or 3x times.

More importantly, the multiplier increases with each free spin!