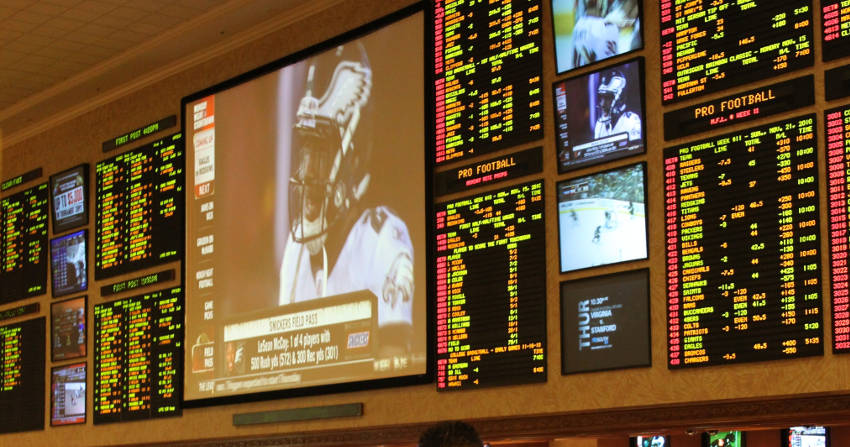 Since the U.S. Supreme Court paved the way for legal sports betting. Betting at online sportsbooks is on the rise again in the US.

It is now into mainstream gaming in the United States. That’s thanks to both the Supreme Court ruling and the repeal of the PASPA.

The Professional and Amateur Sports Protection Act from 1992 has been a stumbling block. Well, it’s no longer a problem. Betting on online sports in the US is more alive than ever.

What’s been an underground activity for years now appeals to the biggest stakeholders.

Only a handful of US states, including Nevada and Delaware, were offering sports betting.

It was off-shore live betting sites that were ruling the market. That was thanks to the rise of online sports betting.

Where Are We Now?

Different US states have approached the issue in different ways. It’s even impossible to follow all the developments, as they are a mess.

You’d expect there to be partisan lines at least. Yet, it’s chaos instead. There are many factors such as governors, traditions, and the presence of Native Americans that come into play.

There are also many differences about what the different US states even want to legalize. Sports betting is a diverse marketplace.

Depending on where the states stand. We divide them into Legal and Active, Legal and Ready, Perhaps in 2022, and the Rest.

Unsurprisingly, many US states wanted to get in as soon as possible. Either due to traditions or for tax purposes.

Those were mainly also those US states that have relatively easy legislation processes. In other words, they could get everything set up quickly.

Arizona is already there. While conservative Arkansas still remains in the middle.

You can place in-person bets at sportsbooks, but there’s no online sports betting. It’s not on the table at the moment, either.

Colorado, Nevada, New Jersey, Pennsylvania, and Indiana have become the leaders of sorts. They are full in swing now, while Connecticut is close to getting there.

As is New Hampshire, though there’s only one legal operator there.

DraftKings has a monopoly of things and many are waiting for New Hampshire’s neighbors, Massachusetts, to react.

You can place online sports bets only when on the grounds of a casino, however. That makes little sense, to say the least.

As for the major players, there’s New York coming up soon. That could potentially cause some problems to New Jersey.

Slightly behind are Maryland, Nebraska, and Wisconsin. They are ready to go, but not active yet. It should happen very soon.

Nebraska has had the strangest route of them all. First, it softened the licensing laws for horse racing and what the law calls games of chance.

Only then, it committed to establishing new retail facilities. That should happen early in 2022, but it excludes college sports betting.

The year 2022 could bring joy to sports betting fans in Alabama and Georgia. Despite their conservative traditions, both should have the right bills passing in 2022.

In Ohio and Massachusetts, there are agreements on the legalization of sports betting in principle.

Yet, there are many minor sticking points that are yet preventing it from going ahead.

Kentucky, Kansas, and Missouri are in a race of sorts. All are calculating the potential benefits and losses.

That’s in terms of tax revenue, the political backlash, and so on. There’s a good chance the shackles will come off in 2022.

The commercial interest is so large that there are only a few states in this column. These could take a look at legalizing sports betting later on.

There are no plans on the table yet. Despite sometimes pro-introduction opinions from a number of interested parties.

Hawaii and Utah have no big gambling enterprises and are unlikely to change that in the near future. The same goes for Alaska, where there’s little hope.

Texas is a conservative US state that could potentially see a move towards sports betting legalization.

That’s because Texas has been quite bad off financially in recent times.

Sports betting promises a lot in that regard. There’s now a push towards using sports betting tax to help the economy. It’s not certain, but it could happen.