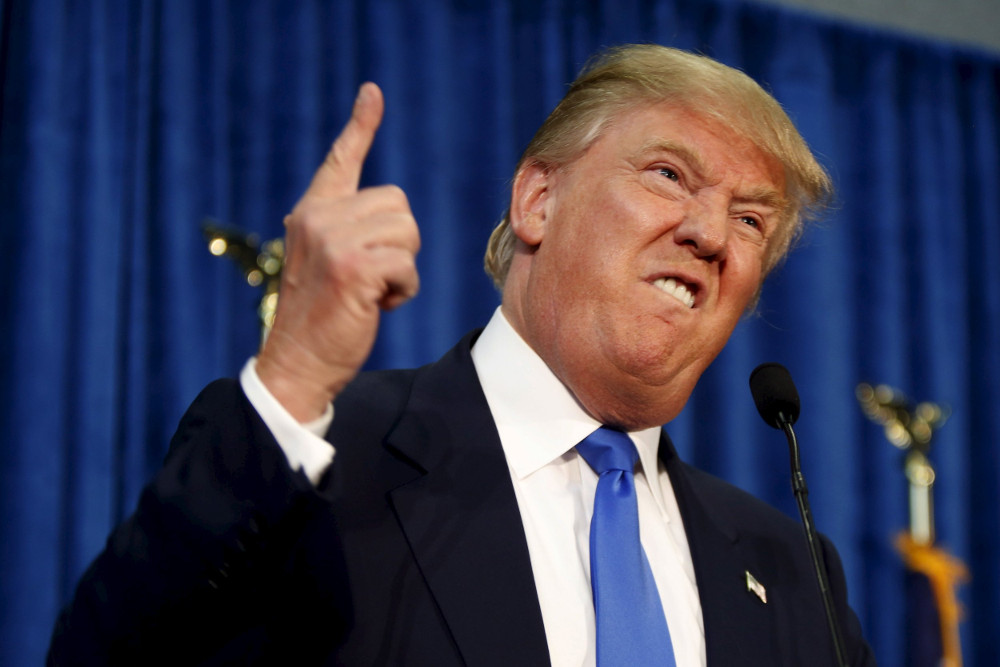 In the history of the United States, 13 sitting Presidents have been threatened with impeachment. The first was John Tyler in 1843 and the latest, of course, is The Donald himself. Only 2 has ever actually been impeached.

Andrew Johnson was the first U.S president to be impeached in 1868 and the second was Bill Clinton in 1998. Both of them, however, were not removed from office by the Senate. Discounting 1974, when President Nixon was offered the opportunity to hit the road, that gives us a gap of 130 years between actual full-on impeachments.

An interesting tidbit for you: Of all these impeachment threats, there has been double the amount more Republicans than Democratic presidents on this list.

The Donald is not going to make this easy for anybody. Y’all should know by now that he is “a really smart guy.” And he is very, very rich. He said it himself, didn’t he? “Money was never a big motivation for me, except as a way to keep score. The real excitement is playing the game.”

Love him or loathe him, nobody can ever say he is not entertaining. We think the bookies should have had running odds for which White House staff member was next to be sacked since his inauguration. Lots of money could have been won.

Polling Of The Trump-Ukraine Scandal

Some were a little late on the uptake. The scandal had some people baffled for a few days before it became sensational. Now, about 70 million viewers are watching the tale unfold on international news.

A few weeks ago, ABC News polling indicated that 51% of those interviewed on the subject, felt that President Trump should be impeached for how he handled the Ukrainian scandal.

Have you ever heard of FiveThirtyEight (538)? It is a leading website that first belonged to ESPN and then later, ABC News. Its Editor-In-Chief is the analyst Nate Silver. The site’s operation centres around the analysis of polls for economic, sport and of course, political developments.

In a recent feature on 538, polling suggested that 88% of Democrats think that President Trump has committed an impeachable transgression. The Republican respondents were at 18%. This brings their overall polling result at 56.2%. With all the information on this subject, we’d say that party lines have a definite impact on these opinions. It looks like his popularity is higher than what the media makes it out to be.

Some bookies give different odds, but there is not too much of a variation in general. The latest odds for Trump being impeached is at -210 for Yes and +155 for No.

Of course, these odds increase or decrease daily as the impeachment hearing proceeds. Astute bettors usually put aside their emotions and focus on the facts; they never bet with their feelings when it comes to politics and religion.

During the 2016 US Presidential elections, 538 strongly felt that The Donald would not win the nomination. And boy-oh-boy did Mr Silver have to swallow his words. He came out saying “Our early estimates of Trump’s chances weren’t based on a statistical model. Instead, they were what we call ‘subjective odds’ – which is to say, educated guesses. In other words, we were basically acting like pundits, but attaching numbers to our estimates.

And, we succumbed to some of the same biases that pundits often suffer, such as not changing our minds quickly enough in the face of new evidence. Without a model as a fortification, we found ourselves rambling around the countryside like all the other pundit-barbarians, randomly setting fire to things”.

With impeachment hanging over his head, the 2020 US Presidential Election process has commenced, and the bets are also about whether President Trump will win a second term in office.

Below are links to our Best online betting sites 2019 where you can place bets on the outcome on the impeachment and on the 2020 American Presidential Election as well.

Many people doubt whether impeachment of The Donald will have an impact on the voters that love him and have voted for him in 2016. Voting for a political candidate is an emotional and personal issue for each and every one of us. There is an old saying “Love the man, Hate the vice”.

We think that’s as basic as it could be when it comes to politics or any human relationship for that matter. Those that hate President Trump will keep on hating him and only focus on information that will expand their feelings. Visa Versa with those that love him.