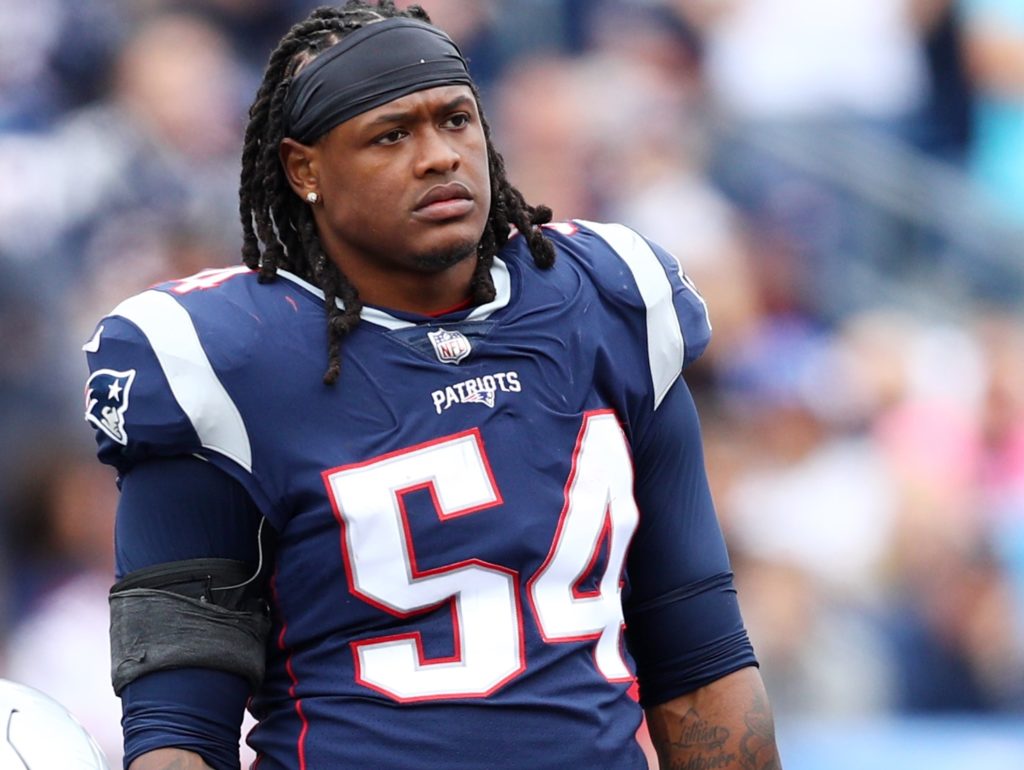 The 2020 NFL season suffered more than enough setbacks. But perhaps the biggest one is that we won’t be seeing many of the most exciting players on the field. You can place your bets on the NFL at our best USA online sportsbooks.

The NFL league allowed players to opt-out for coronavirus reasons. We’ve seen scores of opt-outs happen during the past few months. Question is, which NFL team did it affect the most, and what’s the situation overall?

The New England Patriots Are the Worst-Hit Team

The New England Patriots is the worst-hit team of them all that’s if you take opt-outs only. Granted, a lot of crazy stuff can happen in the middle of the season. Assuming the health situation deteriorates in the United States.

They’ll miss two of their key NFL defensive starters, Patrick Chung and Dont’a Hightower. Those are significant missings and it’s no wonder that they sent shockwaves across the team. There’s also a loss in free agents, but losing so much in defense could be costly.

As if that weren’t already enough. The Patriots will have to do without Marcus Cannon, Brandon Bolden, Danny Vitale, Najee Toran, Marqise Lee, and Matt LaCosse.

Those missings aren’t as bad as those of Chung and Hightower. However, if you put them together, the Patriots must come up with a new strategy. If not, they’ll be in trouble once the new season kicks off.

The three other NFL teams regarding opt-outs are the Kansas City Chiefs, New York Jets and Denver Broncos.

The Kansas City Chiefs will have to do without Lucas Niang, Damien Williams and Laurent Duvernay-Tardif. The losses of Williams and Duvernay-Tardiff will make the defense unreliable. Moreover, that’s a massive problem if you want to compete in the Super Bowl!

The New York Jets will be without Josh Doctson, C. J. Mosley and Leo Koloamatangi. Losing Mosley is the big deal here, especially with Jamal Adams traded away as well. That’s two key NFL players out the loop right there!

The Denver Broncos will miss just two players; Kyle Peko and Ja’Wuan James. The absence of the latter will be a big blow tackle-wise and the team doesn’t any decent replacement options available.

The Broncos signed James as the solution to all their problems. The problem is, that solution won’t be there in 2020!

Will the BLM Protests Affect the 2020 NFL Season?

The Black Lives Matter campaign already affected the NFL. Will it strike again once the 2020 NFL season gets underway?

We have more than enough reason to believe that it would. So let’s look at the situation and see what pops up.

Can the NFL Stop?

You’d think that the BLM protests will only have a minor impact on the NFL season. We get the anthem shenanigans, and perhaps even political statements on jerseys and helmets.

That’s fine and maybe it’s a good thing. As it sends the message across to all fans watching the games without interrupting them in any way.

However, the recent happenings in Wisconsin changed the playing field drastically; the sporting life in the NBA and NHL came to a grinding halt.

The NFL training camps also stopped for a day, as did an international tennis event in New York. Chances are that this will happen again. So the NFL can definitely stop for a round or so at any point.

To answer the question of what can possibly happen, we only have one word to say – “anything”. Given that a single incident is now able to stop both local and international events. It’s fair to say that nothing is off the table.

In the extreme case, the powers that be can even cancel the NFL season or significantly alter it. The former is not probable, of course, but we’d say the latter is about 50/50 at this point.

After all, what will happen if one of the NFL teams or its stars start to boycott the games? It will inevitably skew the results and the entire season will nuts.

Especially if it occurs during the key match-ups. But more importantly, it makes the betting on sports incredibly tricky. As a result, we recommend in-play bets or late pre-match bets until the situation settles down.