Casino gaming is exciting, but it’s also full of myths. That’s only logical if one looks at the stakes at play, which can be really high at times. But, what are the most common casino myths?

The first common casino myth is that online USA casinos rig their games and they are crooks. It’s easy to see where this one comes from. When you don’t see the actual dealers and cards. It’s easy to think that things are working against you, especially if you had a few bad sessions at the casino. 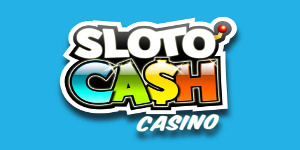 The fact that computers do the shuffling instead of real people can make players suspicious.

The thing is casino sites with official licenses audit their casino games on a regular basis. The bodies that license casinos online will punish any irregularities. Therefore, gambling sites have to think twice before they even think of rigging their games.

Independent watchdogs exist too and they accept complaints from all players. They point out any issues as well. The bottom line? If you play at trustworthy online casinos and avoid suspicious ones. You won’t have to worry about the games not being safe.

One of the most popular casino myths suggests that there are hot and cold casino games. You should be on the lookout for the hot ones, as those will pay out so often that you won’t know when to stop. On the other hand, you should be avoiding the cold games no matter what.

There’s no point in looking for which games are hot or cold at any point in time. Instead, look at the hit rates RTPs, jackpots, and the bonus rounds – they are the ones that count.

Another common casino myth that’s similar to the concept of hot and cold casino games is the casino jackpots. The saying goes that you shouldn’t play any jackpot games after a player won the jackpot. The reason being, jackpots don’t pay out in quick succession.

That’s not true and there are even rules that determine when a progressive slots jackpot pays. The odds of that happening are ridiculously low. The inclusion of this rule should be enough to dispel any notions of jackpots occurring periodically.

That said, don’t focus on a progressive jackpot right after someone hit it. Not because of the probabilities involved, but because the progressive’s jackpot will be significantly smaller. Then again if you like the game, play it. No one will stop you.

If you want to win an amount that will change your life. Play a progressive jackpot no player has won in ages. Doing so won’t increase your chances of winning, but it will give you a bigger reward to play for!

When you join a new online casino and you have a few excellent sessions. After playing a bit more, your luck runs out and your bankroll is like water under a bridge.

Surely then, online casinos are boosting wins for new players to entice them to stay, right? No, they aren’t – your chances of winning are the same no matter how long you’ve been playing for. If you score a good run straight away it’s just luck. Though there might be a different explanation as well.

When you start out at a new casino, you’ll always have a bigger bankroll thanks to a welcome bonus. Therefore, you’ll have longer to get a good streak in before you get down to zero!

Gambler’s fallacy is such a popular myth that you’ve probably already heard about. It’s worth repeating again, though. It says that sooner than later you’ll win again after a losing streak. It also shows up in games like roulette – the more times a red number lands; the more willing players will bet on black.

History doesn’t influence the future of casino games. However, and the chances of a certain outcome happening are the same no matter what happened before.

Ten red numbers in a row can shop up at a roulette table at any point, but that doesn’t mean that a black number will be more likely on the next wheel spin.

Admittedly, it’s hard to come to terms with the cold world of mathematics. Therefore, it’s far easier to fall into the psychological trap of thinking that reds will follow blacks and vice versa. If you have a positive mindset; you’ll make better decisions at the table.

Card counting in games like blackjack is incredibly famous thanks to movies like 21. There are many budding casino players learning the technique, hoping to win big. In theory, it’s possible to use it wherever casinos use cards, right?

Well, wrong. While online blackjack games seem ideal for card counting practice. There’s no point in attempting it. It doesn’t even matter how many decks the online blackjack table has. The thing is online casinos shuffle the cards as soon as a blackjack hand ends.

Essentially, this means that each blackjack hand you get to play online is new – there’s no history of cards and each card has the same chance of landing each hand. You can try remembering cards for fun, but you won’t be able to make any profits.

Look – there have been plenty of online scams and even rogue online casinos over the years. That doesn’t mean that online casinos don’t pay out, however. If you pick from one of the trustworthy online casinos, you’ll have no issues getting your money back safely.

You can even get it quickly if you choose the right payout method. The best US online casinos, for example, process cryptocurrency (Bitcoin, Bitcoin Cash, Ethereum, etc.) payouts so quickly that you’ll get your money back in a matter of hours at worst – how is that for not paying out!