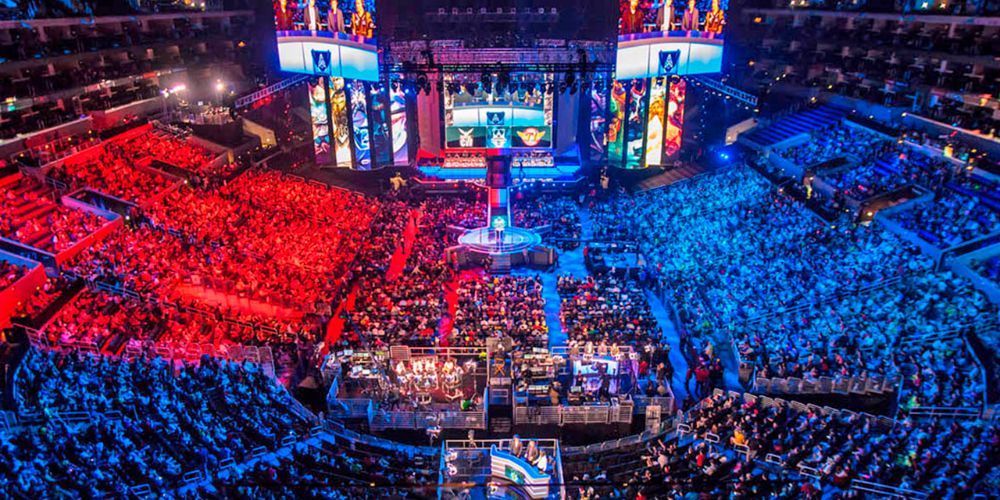 Esports betting with USA-based teams is the fastest-growing gaming vertical. Although gambling online casinos in the USA is regulated, playing games is not.

Esports betting in the US is growing daily, and games like CSGO, LoL, Dota 2, Overwatch, and others have become household names.

Esports started as an 80’s video game. As the hobby grew, people started communicating and playing against each other.

Virtual reality games have been around for a few decades, right? US bettors can now bet on them from their mobile devices whilst they’re on the go.

This got made easier with the introduction of easy-access internet. Finally, actual events took place with teams that had been formed, making esports what it is today.

Esports Teams compete now for huge prize pools in real time. As a result, Esports has come out of the alternative realm into a mainstream competitive sports arena.

If esports is new to you and you are not sure which esports games are popular in the US or where to play, stay here and read on.

We will look at which games are the most popular and where esports is going in America.

Why The USA Esports Market Is Growing

Esports is the fastest-growing entertainment vertical in the world, and as the leading nation of the first world. Therefore, it makes perfect sense that Americans are embracing the massive growth of esports.

What started just two decades ago in Korea has now taken the world by storm, making it a $1.38 billion industry. The USA esports community has contributed a huge amount to this development.

The US is the second largest gaming community in the world, with over 160 million gamers.

Not only that, but the US is home to some of the top game producers, such as Activision Blizzard, Riot Games, Electronic Arts, and Epic Games.

With this combination, it wasn’t long before the top-rated online sportsbooks that welcome USA bettors followed suit.

They jumped on the bandwagon by offering bets on the various betting markets for esports, covering all major and minor tournaments and events.

It was a perfect marriage of a new betting option and a nation wild about betting on sports. As is evident in the massive betting industry linked to the NFL, NHL, and NBA.

Is eSports Betting Legal in the USA?

The US has a reputation for being one of the most fastidious in regulated gambling. Unlike other betting nations, the US gambling market endured regulations that stifle the growth of the betting industry.

However, in recent years, laws have relaxed, and more and more states are embracing gambling slowly. Therefore, asking if esports betting is legal in the US is complicated to answer.

Online casino and sports betting laws are not straightforward, and each state has its own laws, making it more complex.

As a result, it is difficult for bookmakers or online betting sites to get caught up in the fray. Nevertheless, a online sportsbooks now accept betting on esports and are reaping the rewards.

The good news is that the US Supreme Court recently overturned a law-making sports betting illegal, which means that not only traditional sports but esports, too, will, in all likelihood, see massive growth in years to come.

The Most Popular Esports Games For Americans

This is a subjective question, as each person has their favorite. However, the USA’s most popular titles are League of Legends (LoL), Counter-Strike: Global Offensive (CSGO), Call of Duty, and Overwatch.

This is a 2017 Blizzard Entertainment production. It was launched as a professional league then and has grown in popularity globally, especially in North America, Europe, and Asia. All teams compete with the league culminating in a 4-team playoff.

While Call of Duty was one of the old-school original esports games, it was in 2018 that a new edition was announced. That was Call of Duty: Blackout. This renewed its popularity and has since stayed on as a top game in the esports genre.

Launched in 2012, CSGO is the top title in the esports library. This leading title has a following of over 50 million players worldwide.

This multiplayer virtual battle game also holds the most lucrative events, with the last international offering at $40 million.

Top Esports For US Players

While everyone knows about the main titles, there is an extensive range of esports to bet on, and more and more are coming on board. Games like Fortnite, Apex Legends, Rainbow6, Valorant, NBA2K, FIFA, and more.

What Esports Take Its Place In US Betting Markets

Watching esports take its place firmly in US betting markets will be exciting.

Should it carry on, on the same trajectory, we can only imagine the billions of dollars it will contribute to the economy going forward.

Check out some of the best places to bet on US esports betting sites at sportbookcasinos.com.