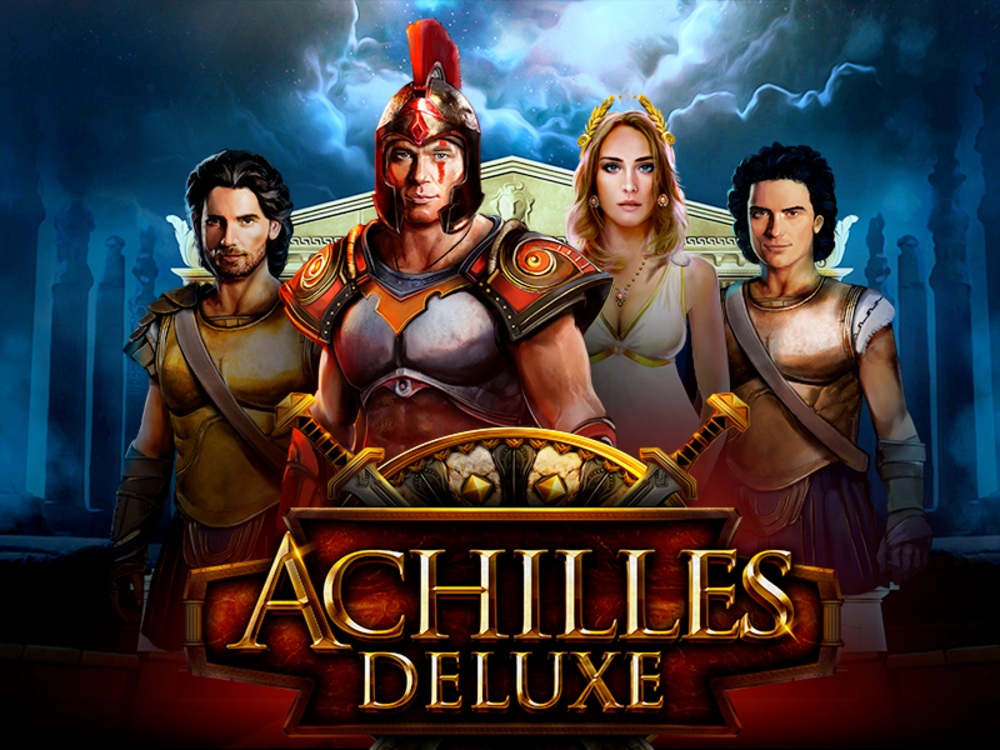 Achilles Deluxe is a real money Vegas slot from Realtime Gaming. It has 5 reels, 3 rows, and 20 paylines to entertain you with, but the excitement comes with its two progressive jackpots that can grow to insane heights.

Throw in the Greek theme that will take you to the era of the Trojan War. You’ll understand that Achilles Deluxe is one of the best online slots RTG have ever released!

Players that would like to give Achilles Deluxe a whack can do so from $0.20 up to a maximum of $100. You can now play the slots for real money at our instant payout USA online casinos.

Playing for that much money won’t be for everyone, of course. The max win of the game is 2,000x the stake if we exclude the progressive jackpots. That’s not a large number, but, if you play for the max bet, you can win up to £200,000 on any spin!

We don’t know what the RTP of the real money slot USA is. But, we think it might just be below the 96% mark for the base game. Therefore, we think it’s in line with Realtime Gaming’s previous releases. Achilles Deluxe is a progressive jackpot slot, after all, so don’t expect miracles in its base game!

Thematically, Achilles Deluxe is a Greek-themed slot that will take you to the times in which the bravest of heroes were facing each other in the Trojan War.

The backdrop is an ancient Greek temple and the symbols have both boring card ranks and exciting characters, including Helen, Paris, Agamemnon and even Achilles himself.

Finding three of the slot’s regular Scatters will lead to the basic Free Spins Feature with ten free spins and an automatic global 2x win multiplier. That’s solid, but it’s got nothing on the better Free Spins Feature that you can get via the Shield Wild Scatters.

Finding three or more of these Shield Wild Scatters will net you fifteen, twenty, or twenty-five free spins. That’s already better, but, to top things, these free spins will have a 3x win multipliers instead of 2x win multipliers, giving you a much better potential of winning big.

It’s here that you can win the top jackpot of 2,000x, so stay on the lookout for Shield Wild Scatters – they are there to make you win big!

Achilles Deluxe also has two progressive jackpots, Minor and Major. There’s nothing special about them; let’s just say they act as “filler” instead. However, they can pop up at random during any base game spin and just take your bankroll to the next level!

Achilles Deluxe is a very good effort from Realtime Gaming and one that will please everyone who likes Greek themes and progressive jackpots.

The two that are on offer here aren’t the highest around, but you can get them without having to jump through any hoops, which is nice.

Thrown in the two different free spins options with 2x and 3x win multipliers and what you’ll get is a pleasant online slot that has only its average production values as a small disappointment.

Take a look at another RTG slot machine, Wild Hog Luau It has many special features, blistering visuals, and a jackpot of 6,800x.